It’s much better than that.

In fact, Rochester’s Geva Theatre Center is the premiere professional theatre in New York state outside of Manhattan.

That’s saying something, isn’t it? Basically, aside from the sky-high prices of Broadway, the best theatrical bang for my buck within a 300-mile radius is right in my own backyard at Geva. Josh and I have been to plays at Geva before, but my birthday gift of going to see Next to Normal was our first musical there . . .

The following is an article I was commissioned to write by our campus newspaper. I came just short of saying this in the actual article because it sounded unprofessional and un-journalisty, but I’ll say it now:

Geva’s performance was better than the one I saw on Broadway.

Read the following article to find out why: 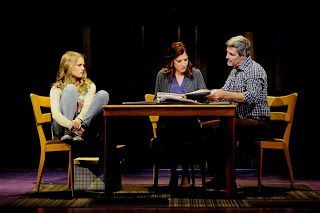 The world is full of families that consider themselves “normal,” but the families of which this is true are not the ones with award-winning rock musicals composed in their honor.

When the curtain opens on Scott Schwartz’s production of “Next to Normal,” it is apparent almost immediately that this family is trying a little too hard to claim such coveted normalcy, a charade of perfection tainted by mother Diana’s ongoing battle with bipolar disorder. Throughout the course of this electrifying musical sensation by Tom Kitt with book by Brian Yorkey, the Goodmans will find that while being normal is out of the question for them, they may find peace in being something “close enough to normal to get by.”

The family of Diana and Dan Goodman and their teenage children Natalie and Gabe is headed up expertly by stage veteran Catherine Porter, who stood in for the role of Diana in the Broadway production of the show. Her soulfully cynical voice remains crystal clear and poignant whether whispering gripes about her family life or warbling her most affecting solo, “I Miss the Mountains,” that all of her mind-numbing medications have made her miss out on her own life. The performance of Diana’s loyal husband Dan, played by Bob Gaynor, requires a certain fragility and jadedness; and the silver-voiced Gaynor achieves the feeble tension that results when Dan’s role as the rock of his family means that he must deny and silence many of his own needs.

Lindsey Ricketson, a natural in the role of sixteen-year-old daughter Natalie, is unafraid to cast off the allure of conventionally “pretty” vocals and instead embraces a beautifully brash and angst-filled belt more befitting her character. She is especially striking in “Superboy and the Invisible Girl” as Natalie bemoans living in the shadow of her older brother, Gabe. Cary Tedder shines both as Gabe and as a powerful hallucination that haunts Diana and thereby her entire family. Tedder is at one moment the picture of sweetness and devotion, and at the next a palpably seductive force drawing the Goodmans deeper into their dark past.

The ensemble of “Next to Normal” is rounded out by Googie Uterhardt in the roles of both of Diana’s psychologists as well as by Jordan Craig who plays to quirky perfection Natalie’s stoner sweetheart, Henry. Uterhardt is at his best while bringing to life Diana’s hilarious fantasies of her new therapist as an intense rockstar figure. Craig, as Henry, is a flawless foil to Lindsey Ricketson’s meticulous Natalie. Their awkward romance is honest, humorous, and touching.

Director Scott Schwartz actively involves all of his actors in each scene with creative, often symbolic blocking and choreography (by Michael Jenkinson). Particularly memorable are a cast-wide dance with glowing pill bottles in “My Psychopharmacologist and I” as well as the dramatically staged “Wish I Were Here” in which Diana climbs on hospital equipment and is hoisted above the heads of other actors in a hallucination brought on by a medical treatment. The show’s set is much more elaborate than its minimalist Broadway equivalent. The stage is enveloped by the Goodman’s home, a suburban house both typical and ominous in its dark details. With the help of skillful set designer Kevin Rigdon, Schwartz achieves a gritty realism that, like the show’s 30-plus expressive songs, feels seamlessly consistent with the grueling emotional journeys of the characters.

“Next to Normal” has a stirring finale, but no storybook finish. As its characters learn, real families don’t always find happy endings; but one thing the audience will learn thought this symphonic adventure is the revelation that “you don’t have to be happy at all to be happy you’re alive.”

Guess who has two thumbs and is officially a grownup?

This girl! The one in the yellow sweater!

A few friends and a great pub made for a wonderful celebration the night of Tuesday, the 22nd (my actual birthday). Because I know everyone is wondering, I enjoyed an Irish car bomb (Guinness with a shot of Bailey’s) and some nice red wine. Exciting, right?

Haha, I had a great time and wouldn’t have done anything differently.

I doubt that I’ve mentioned this in my long absence from the blog (except for in Awkward & Awesome Thursday, everything seems to come out there), but Josh and I were blessed with the amazing opportunity to accompany our senior class on a trip to the Bahamas on a Carnival cruise!

It was so wonderful to be able to spend time together as a couple but also fellowship with some great friends we’ve made throughout our three years at Roberts. 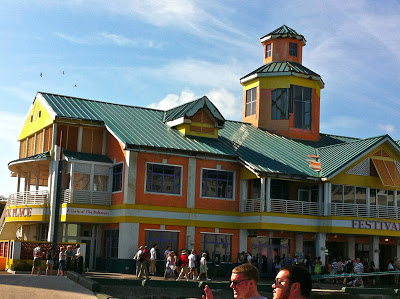 Now that we’re back in the States, I’m reflecting back on happy memories from the cruise and looking ahead to my 21st birthday!
Just another excuse to spend time with good friends. 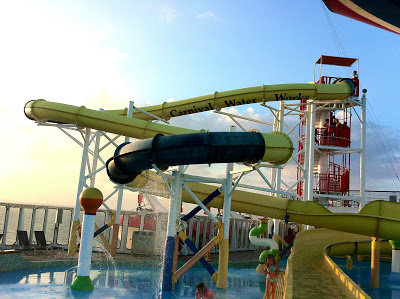 More pics of our Bahamas vacation with friends after the jump! 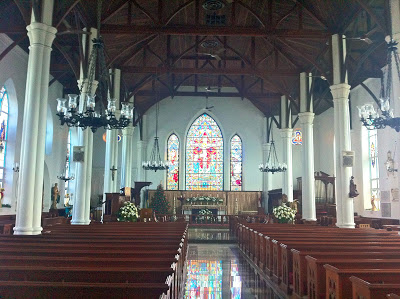 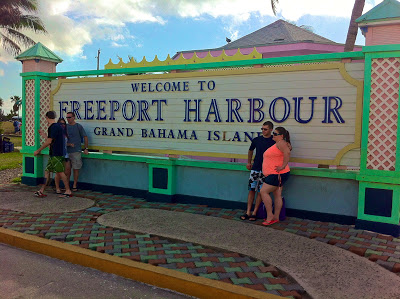